The Middle Class Mindset Of An Egalitarian Society 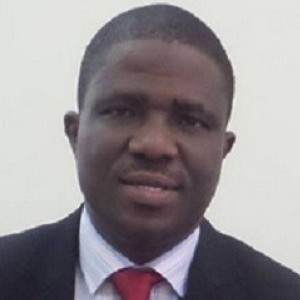 The primitive instinct of survival of the fittest has programmed the animalistic mind to struggle to outdo every other contestant in the arena of existence. To these uncouth beings, staying alive means having to trample on others, pulling them down as they scamper to reach higher levels. To them, dog has to eat dog for dog to stay alive. These dogs must feed fat, they believe, and others starve lean before they would have a sense of existence. Who to blame for the evolutionary concept of survival of the fittest, nature or Charles Darwin, one would never know.

The human brain, even with the possession of an expanded cerebral cortex, is not weaned off the primitive concept. It still has a place to accommodate this obnoxious animalistic instinct. In the pre-medieval and medieval world kings and nobles held sway, luxuriating without conscience on the less privileged. It was a period of unmitigated despotism. The king sits in his full glory, being fanned (as the gods forbid him from sweating) by a serf who himself would be sweating profusely. Oppression, suppression, extortion and even sometimes, bloodletting were mere pastimes to the kings and the nobles. Conscience was alien to their souls as they continue in the barbaric world of live and let die.

The world today however lay some claims to civilization. We banter slogans on human rights, egalitarianism equal rights and such stuffs. At least we now realize that the serfs and the served are both born of man and so both deserve decency. The world prides itself in inter-human reciprocal respects. We mouth the concept of “the strong must protect the weak”. And so on and so forth.

But is there anything on ground to show that the world walks its talks? The bitter truth is that dogs continue to eat dogs. The equality we mouth so much in theory has not translated to respect to humanity across board in reality. A few feed fat on the larger society without conscience, just as in the days of old. The larger portions of the society’s treasure go to a few while majority have no option than to contend with the remaining little. The rich get richer, irresponsibly at the expense of the poor, while the poor looks helplessly on

But how helpless is the poor larger society? Not so absolutely. The action of the oppressive few has, inevitably, created a fight-back reaction in the oppressed in the form of bloody revolution. Bloody revolution swept the surface of the earth in the eighteenth and the nineteenth century, though in different forms, but speaking the same language: enough of oppression. The English had her own dose (1640-1660), America had her taste (1775-1783). The French (1789-1799). The Russian (1905 and 1917). In all these, the voice of the oppressed seemed sonorously unanimous: Equal rights to sovereign governance and wealth.

The twentieth century however seemed to be intolerant of bloodshed and revolution became more refined, taking the form of demand for Reforms even though the century was still dotted with some bloodshed. By the middle of the century the world seemed to have somehow come to its senses, realizing that the situation of “eat and let starve” cannot be sustained. The class barrier became less sharp and citizens of the lower class started to influx gradually into the middle class.

This seemed to have worked some magic. The privileged became more tolerant and receptive of less privileged. The less privileged also realised that din of hard work can propel him to higher social levels. And so the middle class population started to swell and with this sociopolitical struggles and violence started to ebb.

This development became accompanied by pleasant consequences. The less privileged applied more energy to personal intellectual and professional development, and less to struggle, having been assured that there is a place for him up there. The privileged breathe some air of relief from the tension and insecurity engendered by lower class restlessness. Light seemed to appear in the tunnel. The seed of societal peace seemed to have been sown.

Today in most egalitarian society up sixty five percent of the population is in the middle class, with about twenty five percent in the lower class and just ten percent in the upper class. Life in the middle class became comfortable, abundant, acceptable, and more than equal to the standard of medieval upper class. Even fifty percent of upper class citizens are temporarily there, either by way of elections or temporary appointments. They remain there while the tenure lasts, after which they think nothing of coming back to, live their middle class life. And so the Clintons, Bushes, the Majors and the Blair’s go about in public, not more than their first names to the average citizen. They have their respects as former Presidents and Prime Ministers, but never see themselves as superior to their middle class folks. This is the middle class mindset of the much desired egalitarian society that is the dream of most populations today.

The upper class mindset is that primitive animalistic instinct in which everybody struggles to be at the top. The consequence of the upper class mindset is a sure disaster. It leads inevitably to the collapse of the middle class and swells the population in the lower class. This is the class of poverty, disease and unnecessary death. For example, a school principal who is supposed to be a middle class citizen is voted to serve at a higher realm of a local government chairman. Instead of constructing roads, providing potable water and improving standard of education, so that his subjects can live a similitude of a middle class life, he corners all the funds, and buys mansions in Victoria Garden City to realize his upper class dream. Or a governor who pilfers state fund to buy estates in Dubai thereby impoverishes his people. This is the primitive upper class mindset of the medieval man.

For every middle class citizen who forces (rather than works) his way into the upper class at least one thousand middle class citizens have been disastrously pushed into the lower class. This is the tragedy of our society today. The middle class has been suffocated out of existence by gluttonous citizens that have access to, and corner sovereign wealth giving no room for survival of the middle class. In our land today what exist are the serfs and the served, with negligible middle class representation.

This situation persists because every mind is set at an upper class target. Everybody wants to live like a king; to be there while everybody else is nowhere. We carry in our beings a mind that does feel rich except others are poor; or that it has light except others are in darkness. In the upper class mindset society, funds voted for road maintenance meant for everybody’s use is embezzled to purchase state of the art cars to be driven on the same bad road by just an individual. Upper class mind set phenomenon. In the upper class mindset set-up an elected official cannot imagine “bringing himself down” to living an “ordinary” life after being a President or a Governor. The bitter truth however is that this psychopathic mind dwells in the beings of all the citizens of the primitive society.

If our society must be the egalitarian piece that we so much long for, then we must embrace the civilized middle class phenomenon in which comfort and luxury is not regarded as an exclusive privilege of a few but a right of all and sundry.

The Power of a Praying Church (Kindle Edition)

The power and forces of darkness can never prevail over a praying church. The church is a spiritual entity established by the blood of Jesus

How to lead sensibly, sensitively and supernaturally (Paperback)

Today’s leadership is more dynamic, demanding and deeper than ever. Today’s people are also more sophisticated, stylish and searching. Our time is one of greatly

You Can Do More Than You Ever Thought! (Kindle Edition)

You are created to succeed, made to shine and fashioned to excel. You have within you all it takes to be great. You can climb

This site uses Akismet to reduce spam. Learn how your comment data is processed.

Want to write for TopAchievers?

By submitting your information, you agree to receive emails from TOPACHIEVER’S Network. You can opt out at any time.